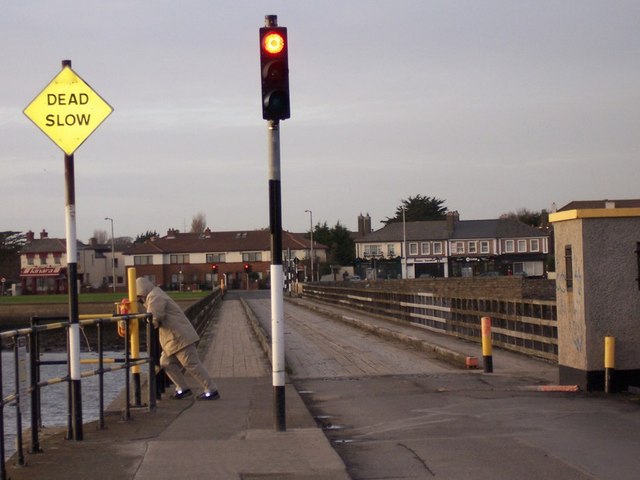 History of Dollymount – A Man-made Beauty
​
The Beach was created by works in Dublin Port in 1825 and during the next 50 years the island appeared around 1875.
Background
In times past, Dublin Bay had a long-running problem with silting, notably at the mouth of the River Liffey. After years of primitive dredging, an attempt to maintain a clear channel more effectively was begun when, in 1715, the first piles were driven of what was to become the Great South Wall, completed in 1730. This barrier was breached by storm action some years later, and in 1761, a stone pier was commenced, working from the Poolbeg Lighthouse (1768), back to shore, the construction of massive granite blocks being completed in 1795. It was during this period that the building of a North Bull Wall was also proposed, and when it was seen that the South Wall did not solve the silting problem, the authorities responsible for Dublin Port commissioned studies on the matter. Captain William Bligh, of Bounty fame, surveyed Dublin Bay for the Ballast Board in 1801, highlighting the potential of the North Bull sandbank. Its purpose was to clear a sandbar by Venturi action.

A wooden bridge, the first Bull Bridge, was erected in 1819 to facilitate the construction of a stone wall, based on a design by Ballast Board engineer, George Halpin. Started in 1820, the Bull Wall was completed in 1825, at a cost of £95,000.

Over the succeeding 48 years, the natural tidal effects created by the walls deepened the entry to the Liffey from 1.8 m to 4.8 m. Much of the silt now scoured from the river course was deposited on the North Bull, and a true island began to emerge, with people venturing out to the growing beach. The volume of visitors was increased by the commencement of horse tram services to Clontarf in 1873, and further by the laying of a full tram line to Howth, opening in 1900, with stops in the Clontarf / Dollymount area, and a Coast Guard station was built at the landward end of the Bull Wall. 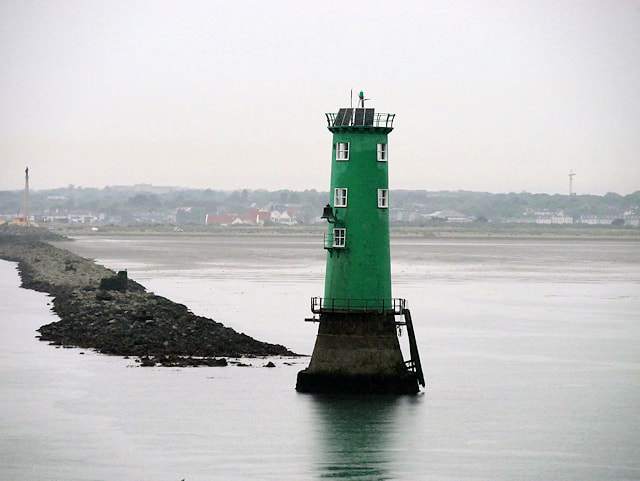 Growth and early usage of the island
The island continued to grow in extent, from the Bull Wall towards Howth Head. In addition to picnics and swimming, the island was used for shooting practice, and in 1880, an international rifle match between Ireland and the USA was held there, with an audience numbering several thousand. In 1889, the Royal Dublin Golf Club, then located at Sutton, sought and received the permission of Colonel Vernon and the Dublin Port and Docks Board to lay out a golf course at the city end of the island and construct a clubhouse.

Sometime in the early 20th century, a track suitable for walking and handcarts, running from a slipway at the point where the Howth Road comes from Raheny's village centre down to the coast, was formed. Usable at low tide, this 150m track allowed access to the island for leisure and beachcombing (timber, coal and other items lost overboard from ships accessing Dublin Port were washed up on the island's strand).

Between 1906 and 1907, a new Bull Bridge was constructed – it is still standing. Then, in 1912, the Dollymount Sea Scouts (9th Dublin (2nd Port of Dublin)) were formed, taking part of the disused Coast Guard station as their den ("Crow's Nest") – the troop continues to operate from there, now called 5th Port Dollymount.


1914 to 1930
The British Army commandeered the whole island on 5 September 1914, for military training – primarily as a firing range but also for trench warfare practice. The Royal Dublin Golf Club clubhouse was used as officers' quarters and considerable damage was done to the building and, particularly due to trench warfare practice, the island environment as a whole. Late in this period, three local people started to dig golf holes at the Raheny end of the island, and after discussions with the Royal Dublin, and with Lady Ardilaun, formed a new golf club, named, in honour of the Guinness estate, St. Anne's. The first drive-in at what was a nine-hole course until 1989, took place on 1 July 1921.

1931 - present
In 1931, a plan was proposed to develop the island and the waters between it and the coast. Called the "Blue Lagoon Scheme," this would have included dams and sluices at the Wooden Bridge and Sutton Channel, maintaining a high water level behind the island, which itself might hold some housing or tourism facilities. Further plans were advanced by Bord Failte, including the conversion of much of the island as a theme park.

In 1931 Dublin Corporation was convinced by campaigners like the Jesuit ornithologist Fr. Patrick G. Kennedy SJ (1881–1966), who wrote An Irish Sanctuary – Birds of the North Bull (1953), to apply for Bull Island to be made a sanctuary by the government.